GUIDED TOUR TO THE Albaicín and Sacromonte

Guided tour to the albaicin and sacromonte.

This guided tour to the Albaicin and Sacromonte will make you discover two of the neighborhoods with the most extraordinary charm and personality in Granada. Accompanied by an official guide, you will visit the most surprising corners of the area and its most spectacular viewpoints, to the time you know the legends and facts about the history of the site and the lives of its people. Contact us and indulge yourself in a place that will remain etched in the memory!

A BIT OF HISTORY Albaicín and Sacromonte

As you will discover in this guided tour to the Albaicin and Sacromonte, these two neighborhoods stand out for their unique location, famous charm, and legendary past. Both are located on a hill next to the Darro River, which separates it from the Sabika hill, where the Alhambra stands. Therefore, steep streets give them a very original setting, leading to terraces and balconies with spectacular views of the famous monuments.

The first of these neighborhoods, the Albaicin or Albayzin, is one of the oldest in Granada and is considered the city’s germ. However, in its origin (11th century), it was a place of scattered settlements in the form of carmenes: the building of famous architecture consisting of a free-standing house and a high wall that houses an orchard or garden. It had its walls, a good part of them being preserved today.

The Sacromonte neighborhood, meanwhile, has a later origin, probably in the 16th, when it was configured as a host suburb to the Muslim and Jewish population driven from their former homes. They were joined by the gypsies of nomadic customs, who inhabited the caves in the area. These spaces that go into the hill are precisely one of the great attractions of the guided tour to the Albaicin and Sacromonte, converted in many cases into flamenco restaurants that have served as the cradle for the gypsy zambra.

Our guided tour to the Albaicin and Sacromonte visit through charming corners, where you can appreciate both neighborhoods’ essence. Some of the places that can be part of the itinerary are:

At the Albaicin
At the Sacromonte

TYPES GUIDED TOUR OF THE Albaicín and Sacromonte

We can plan your guided tour of the Albaicin and Sacromonte in different ways, depending on your available time. The most common is to prepare a route of approximately two hours, which would be enough to see the most important places in both neighborhoods, starting at the Puerta de Elvira and ending at the San Nicolas Viewpoint.

A common choice among our customers is to make this tour late in the afternoon, intending to reach the sunset viewpoint. That way, we will enjoy the sunset that so fascinated Bill Clinton, in which the lights dimmed the last rays of the Alhambra, giving its natural reddish hue, as its original name.

However, we can adapt ourselves to your preferences and schedules, organizing this guided tour of the Albaicin and Sacromonte in the morning. We can also plan a longer route, especially if you want to internally visit some points of interest, such as the carmenes or caves in these neighborhoods, or even the Abbey of Sacromonte. A leisurely route may also provide a stop along the way at one of the restaurants in the area, whose reservation can also be managed from Andalucía Exclusiva.

It is also possible to combine this guided tour of the Albaicin and Sacromonte with other routes we offer you. In this sense, a full day can be planned in which the morning is dedicated to the Alhambra and the Generalife and the afternoon to these two very unique neighborhoods. Or spend the early hours of the day to Granada’s historic center, with extraordinary detail to the Cathedral and the Royal Chapel.

Further details of the guided tour of the Albaicin and Sacromonte.

In this guided tour of the Albaicin and Sacromonte, it is essential to know that the streets of these neighborhoods have a layout full of slopes since they are located on the side of a hill. Although its difficulty cannot be described as ‘demanding,’ you must bear in mind that there is no choice in individual sections but to climb steep slopes or stairs. Precisely for this reason, it is not a route particularly recommended for people with reduced mobility.

But if you prefer an alternative, fun, and stress-free solution, you might consider making this guided tour of the Albaicin and Sacromonte by Segway. This lightweight two-wheeled vehicle is easy to use and allow us up and down hills without fatigue, adapting the route to the characteristics of this original means of transport. It is also possible to use the electric bike as a mobility solution, which our guides also adapt to.

Finally, we remind you of the general recommendations for this and other private tours in Granada, such as wearing comfortable shoes and, in the summer, a cap and water at hand, as temperatures can be high on some days.

Discover the charms of Albayzín and Sacromonte 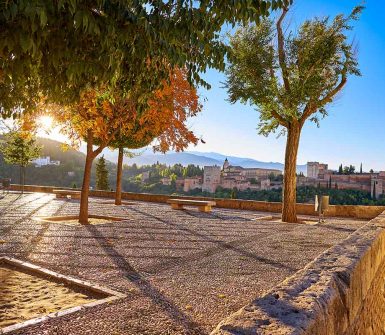 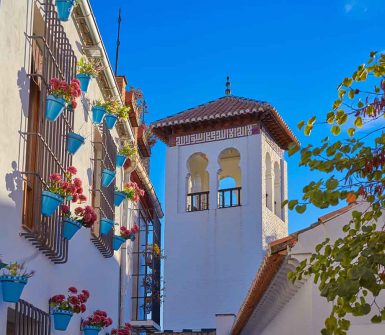 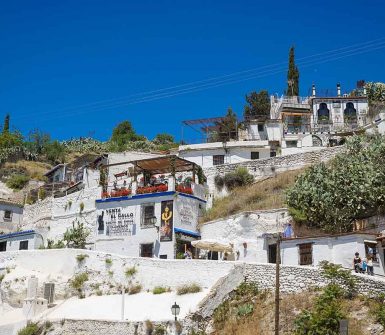 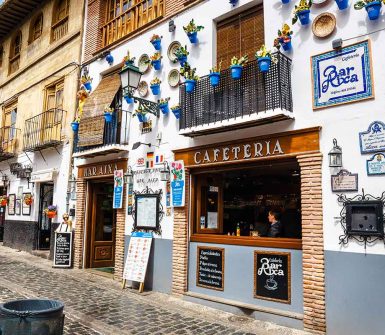 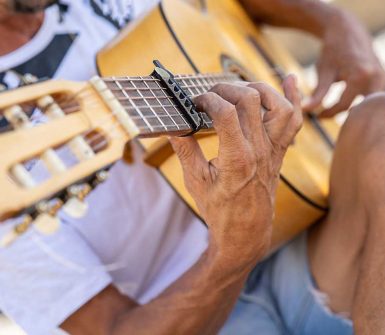 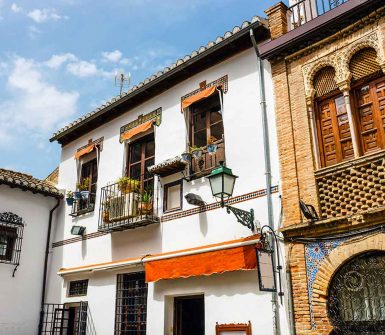 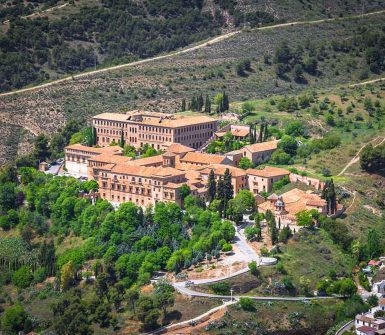