GUIDED VISIT TO THE Cathedral and Royal Chapel

Guided tour of the Cathedral and Royal Chapel of Granada

This guided tour of the Cathedral and Royal Chapel of Granada is a walking tour through the historic center with entrance to its two most iconic places: the largest Catholic temple in the city and the burial space of the Catholic Monarchs, Joanna I of Castile and Philip I, the Handsome. From the hand of one of our official guides, discover the secrets and curiosities of these most interesting monuments and other places of interest, avoiding queues and optimizing to the maximum your time.

A bit of history

Although some findings from Roman Age have been documented in the city of Granada, often identified with Iliberis, the truth is that it was the Arabs who proceeded to its final foundation in the 11th century, reaching its true zenith between the 13th and 14th centuries. It was the capital of the prosperous and cultured Nazari Kingdom, the last stronghold of Islam in the Iberian Peninsula.

Precisely for this reason, its conquest was the tremendous political goal of the Christian kings in medieval times, especially the Catholic Monarchs: Isabella I of Castile and Ferdinand II of Aragon. And after a decade of war, this occurred at the end of 1491 with the Capitulations signed by these and the last Granada king, Boabdil, the Boy, which became effective on January 2, 1492, the delivery of the keys to the Alhambra.

Since then, at the end of the 15th century and the beginning of the 16th, decisions and events were aimed at establishing and settle the Christian faith. Mainly, the expulsion of the Jewish population with the Edict of Granada, the construction of Catholic temples, and, later, the subjugation of the Moors after the rebellion of the Alpujarras, in the middle of that century.

Thus, the commercial area of Granada Arabic was the place chosen by the new Christian population for settlement. And in it, the two places of interest arose on this guided tour: the Cathedral and the Royal Chapel of Granada. The second is attached to the first, although they are independent spaces.

The Royal Chapel is older than the Cathedral itself, as the Catholic Monarchs ordered its construction as a place of eternal rest and as a Catholic temple in 1504, before the cathedral project began, from 1506 onwards. A very symbolic location and not chosen at random: the Spanish monarchs wanted, in this way, to always remain linked to what they considered the outcome of their great work, that is, the end of the Reconquest.

And the same decision regarding his successor was taken, Philip the Handsome and Joanna I of Castile, called ‘la Loca’ controversially today and in whose name ruled the King-Emperor Charles I and V of Germany. Here also lies the prince Miguel da Paz, he died when he was young and when he had the titles of Crown Prince of Asturias and Portugal.

The guided tour: the Cathedral and the Royal Chapel of Granada are full of interesting points, with fascinating details that our official guide will reel for you to discover their historical and artistic importance. These are some of the main attractions:

In the Royal Chapel

with a project by Enrique Egas and in the Elizabethan Gothic style.

in the Renaissance and Baroque style, with projects by Diego de Siloé and Alonso Cano.

In the rest of the historic center

FURTHER DETAILS OF THE GUIDED TOUR

This guided tour of the Cathedral and Royal Chapel of Granada lasts approximately two hours, enough time to visit both monuments. However, the route can be extended by other corners of the historic center, on a route that is often called ‘the Granada Monumental,’ thus covering places like Monument to Queen Isabella and Christopher Columbus or the Madrasa Palace.

We can also organize a combined package that includes not only the guided tour to the Royal Chapel and the Cathedral of Granada but also the visit to the Alhambra and the Generalife or the Albaicín and Sacromonte neighborhoods, which are the other great attractions of the city. If you wish, you can request any other proposal that includes other places of interest, such as places related to Federico García Lorca or even a tapas tour of this city, considered one of the best and most popular destinations to enjoy Spanish tapas.

In all cases, Andalucía Exclusiva will take care of getting your tickets for the guided tour to the Royal Chapel and the Cathedral of Granada, on the schedule that suits you, depending on the availability of such monuments for their religious celebrations. And our official guide will give you the directions you need about the pictures, clothing or any other matter.

Discover the charms of Granada 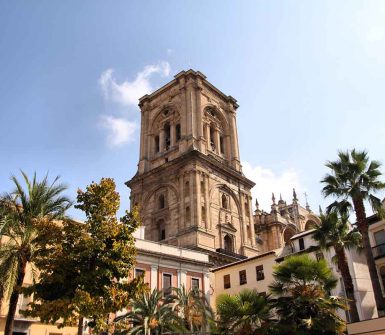 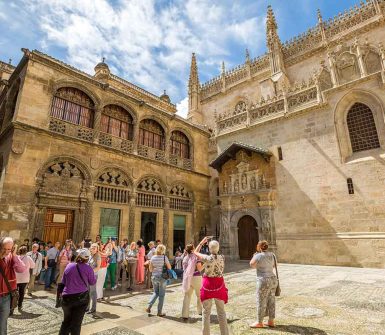 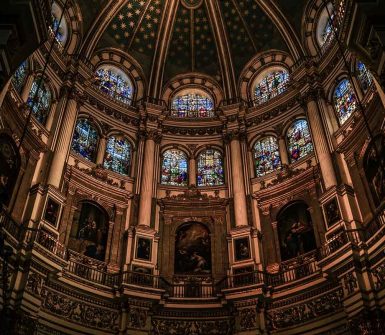 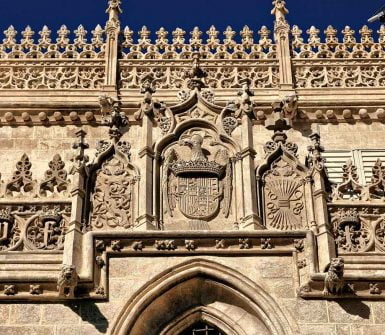 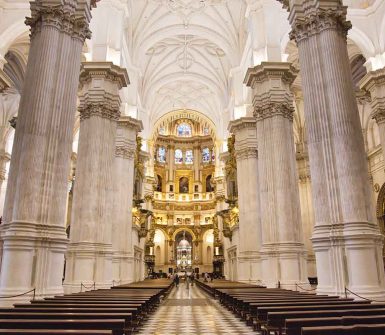 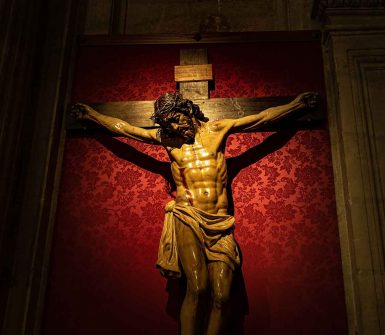