THIS IS OUR PRIVATE TOUR TO THE Alhambra and the Generalife

This is our guided tour to the Alhambra and the Generalife.

More than 10 hectares of land, about 2 km of the wall, with about thirty towers, five monumental gates, several museums, numerous palaces, and mansions with their respective rooms, lounges, and patios…Our private tour to the Alhambra and the Generalife from the hand of one of our official guides, it is the best way to meet the great jewel of the city of Granada. Otherwise, you run the risk of losing in the countless places of interest that this palatine city has! Here we give details of the service: items of interest, tour arrangements, and more information.

A BIT OF HISTORY OF THE Alhambra

The Alhambra is the most famous monument in Granada, without a doubt, and one of the great reasons this city was declared a World Heritage Site by Unesco. The Generalife is the perfect complement to the visit since it is located very close and is closely related to it, forming part of the same complex.

The Alhambra premisses, which etymologically means ‘red castle,’ is located at the top of the Sabika hill, a location previously used by the Romans. The germ of what is today this palatine city dates back to the middle of the 13th century, thanks precisely to the first Nazari king: Muhammad I ibn Nasr, better known as Ibn al-Aḥmar. It underwent numerous extensions and reforms, the main ones being those of Yusuf I and Muhammad V, in the 14th century. By then, the Alhambra was already a spectacular palatine city with a citadel, medina, palaces, and gardens of exuberant beauty.

The Generalife, meanwhile, was also built from the 14th century, although at the beginning of the century, by Muhammed III. It was conceived as a retreat and rest villa, easy to understand during this private tour to the Alhambra and this magnificent complimentary site, especially in places such as its High Gardens or its viewpoints.

The Nazari Kingdom of Granada remained the last Islamic stronghold in the Iberian Peninsula in the Middle Ages. For this reason, the Catholic Monarchs set themselves the objective of conquering it to place all this territory under the Christian faith. In this expansionist project, the Alhambra’s monumental complex was presented as the most coveted object by the monarchs. And they did so in 1492, a date of great importance for the city and the Alhambra, since from then on other buildings of a Christian and Renaissance character was built.

Places of most significant interest in the tour.

Suppose you are interested in making a private tour to the Alhambra and Generalife. In that case, you can note the following places of interest, which will help you understand the magnitude of this first-order monumental complex:

In the Alhambra
At the Generalife

In addition to all this, there are different spaces located in the environment that can also be part of this private tour to the Alhambra and the Generalife, especially those who want a more in-depth knowledge of the whole. In the case of the chair of the Moro or mentioned Alhambra Forest.

TYPES OF PRIVATE TOURS TO THE Alhambra and the Generalife

The private tour to the Alhambra and the Generalife can be adapted to your requirements and concerns, being lighter or deeper according to your preferences. Besides, this monumental complex offers an intriguing possibility: the night tour, something rare in palatial complexes like this.

Here is a list of options that can serve as a guide for your private tour to the Alhambra and Generalife, although we can configure the proposal according to your requirements, both in the morning and the afternoon:

Further details of the private tour to the Alhambra.

For your private tour to the Alhambra and the Generalife, there are several details that you should take into account. For example, the way of access: the most common is to do it by car to the access pavilion in the Alhambra Square, however, if you want to do it on foot, we can also enter by walking through the Puerta de las Granadas (Gate of the Pomegranate).

Among the monuments, you will find several coffee-bar and other services such as souvenir shops, luggage, and rest areas. We recommend you wear comfortable shoes, as the distance traveled, as a whole, it is considerable. In summer, it is advised to wear a hat and a water bottle.

This monumental complex always has a high demand for visitors at any time of the year. And not surprisingly, it has limited capacity, so if you are interested in a private tour of the Alhambra and the Generalife, we recommend to book tickets as soon as possible to have guaranteed the availability of capacity.

Discover the charms of the Alhambra and the Generalife 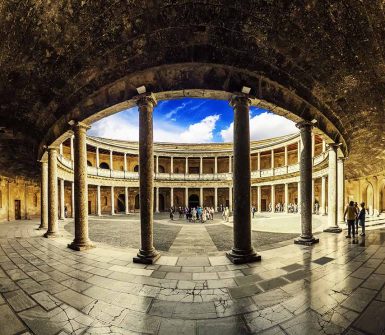 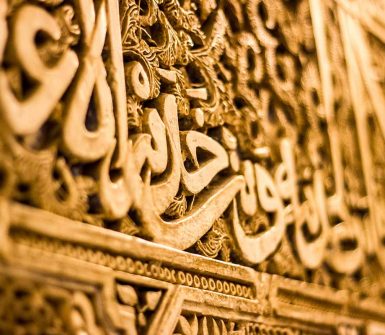 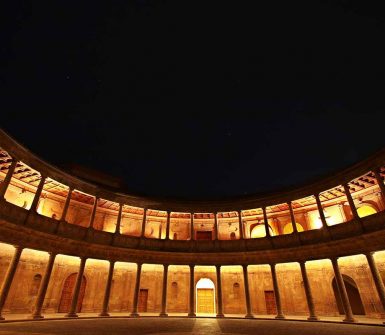